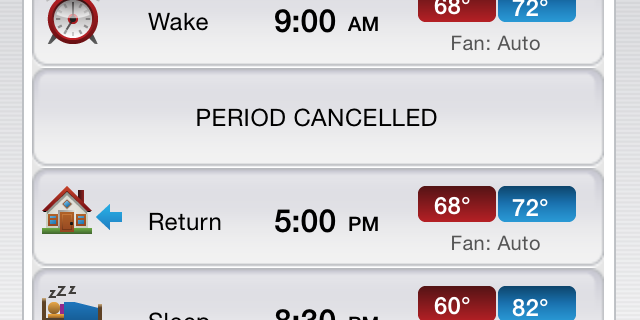 St. John’s has a long history of conserving energy. We installed high efficiency furnaces in the early nineties and began using compact fluorescent lamps as soon as they became available. When we replaced two of our 24 year old high efficiency furnaces, we purchased 96% efficient units. But we also realized the two of our four programmable time clocks were not functioning properly. We also knew that that programmed hours were meant to cover any eventuality. We investigated wireless, internet connected thermostats, and realized we could optimize the use of our HVAC systems with this type of programmable thermostats. We completed a detailed savings analysis and submitted a rebate request to Columbia Gas of Ohio. We were awarded 50% of the $1200 cost for four wireless programmable thermostats which reduced the payback to less than two years.